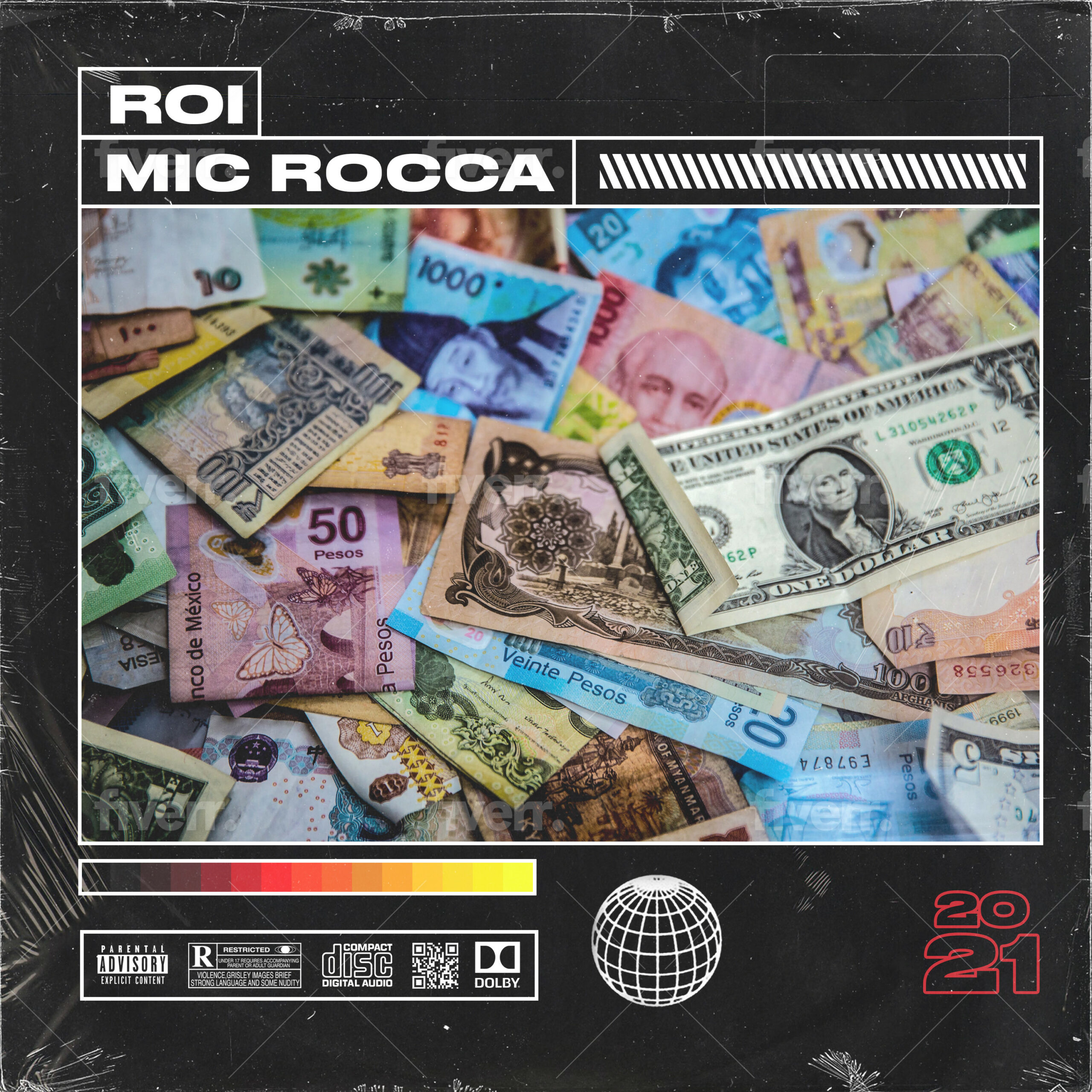 Similar to his previous release, “Dream Space” where Mic Rocca realizes he has the power to create the life of his dreams, “ROI” settles into a relatable anecdote on the hard work put into something and still putting in the time to see the return on investment of his efforts.

Listening to this single more than once puts listeners in a serene mood as Mic Rocca raps over a steady Rap/Hip-Hop instrumental about the real-life struggles he’s been able to face throughout the years. His positive outlook on life is evident as he dives deeper into the hustler mentality that’s gotten him this far in his life with a variety of lessons learned along the way. Its unique instrumental beats put a stronger emphasis on the hustler mood he’s in keeping listener bobbing our heads along to each catchy verse like “yo, just dropped a stack / I gotta get it back.”

It’s always dope hearing what Mic Rocca comes up with since his singles are always filled with nothing but stories portraying his truth. He will be dropping even more new music in his newest album My Dream Album this upcoming March 27th. Stay tuned for this one!