Michael Dión – “This Is For Ya”

Michael Dión, an Egyptian/African singer, songwriter, record producer, model and actor, reminisces on the reason why he’s moving the way he is in life in his newest single release, “This Is For Ya,” which will be available on all streaming platforms on July 10.

This uplifting new single “This Is For Ya” is the lead track off his upcoming debut album, LoVerBOY. It’s filled with love for the people in his life that have made a difference. He keeps his focus on the emotions of content that he feels when mentioning how these people have built him up.

The cheerful sounds of the electronic synths complement the upbeat lyrics and dope rap from Philly rapper Yung Kash Capre. He amplifies the feelings of desire shared throughout the song.

“This Is For Ya” and the songs coming on his album are all filled with impeccable storytelling merged with beats that make listeners feel connected to what he has to say.

Multi-dimensional and talented, Michael Dión has dropped this new banger “This Is For Ya” that makes listeners want to dance along to the beats while also dedicating it to the day ones in their lives. If you enjoyed this track, look out for the release of his debut album LoVerBOY coming soon and his future releases! 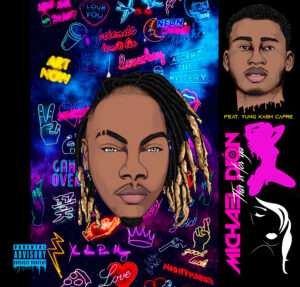