Alternative Hip-Hop artist Milo Case revamps his original 2018 release with his much anticipated mixtape, Pillow Talking Weather 2, which includes 15 new songs for listeners to obsess over.

The D.C. based artist is lyrically captivating as he shares his personal anecdotes and unforgettable short flows like “La Quica/ La Quica…” The entire mixtape features a collection of ballads that describe Milo Case’s experiences playing the field after dealing with heart break. It’s a mixtape listeners can identify with since he keeps it real about what he’s going through.

As listeners dive into each new song, they’ll find themselves completely immersed in Milo Case’s steady flow, clever word play, and multilayered sounds found in his preferred Alternative Hip-Hop with a fusion of R&B and Soul elements. It’s what differentiates him from other Hip-Hop artists trying to make it in the music game.

“One I Want” finds himself fantasizing about one girl he truly desires then eventually making his move. The slow-paced beats makes it feel like he’s serenading her in the back of the club while they find themselves stuck in their own worlds.

“No More” takes the opposite perspective and shows when one person in a relationship has had enough. He scrambles through the emotions with a somber outlook on the situation. Compared to the up-beat songs on the mixtape, this is one of the darkest tracks that makes us miss someone.

The entire mixtape skillfully takes us through the ups and downs of relationships we can all relate with at some point in our lives. Show your support and stream Pillow Talking Weather 2 on all streaming platforms right here! 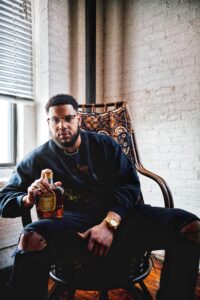