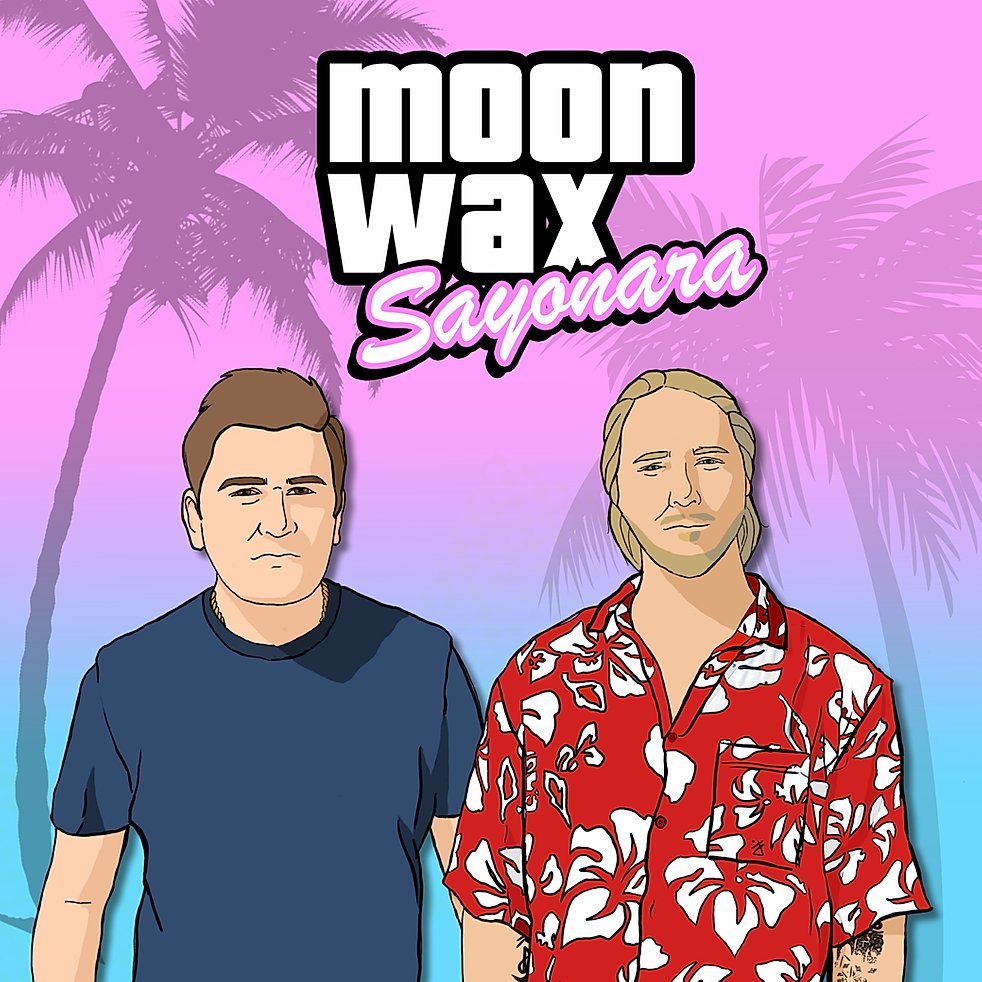 Built up from a small idea generated while in lockdown into a full-fledged project, “Sayonara” is the newest single from emerging duo Moon Wax. This creative song immersed in the world of soulful pop sounds will be available on July 4th.

Comprised of members Billy Smith and Robb Maynard, “Sayonara” depicts their passion for music and creativity with gentle, soothing sounds and the female backing vocals from their good friend Liz Robson. The cover resembles the look of the iconic video game, Grand Theft Auto.

Rooted in Soul and Jazz, Moon Wax is a force to be reckoned with. Their thumping bass lines, vivacious guitar riffs and outer space synth sounds, heat up the dance floor as they incorporate influences from a variety of musical genres. Listeners of all walks of like will easily be able to identify with their old school jazz, RnB, 90’s funk, and house rhythms.

“I like to see Moon Wax as more than just a band. I see it more as a creative process, to explore and come up with new sounds and ideas” – Robb Maynard

Keep up with the band Moon Wax as they explore their new sound while releasing collaborations with many musicians. As we await the official release of “Sayonara,” listen to their most latest single “Girl In Green” on all streaming platforms!