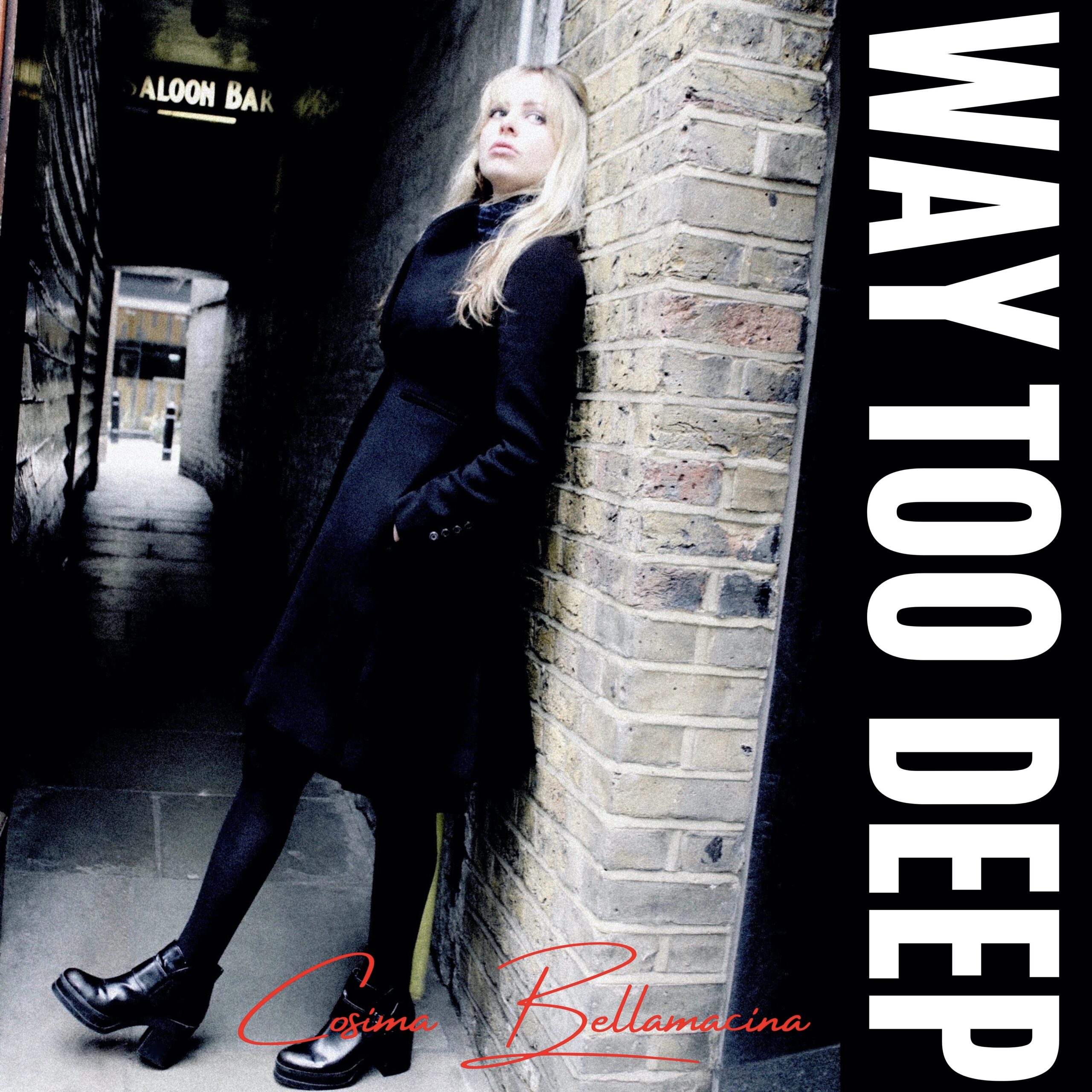 “I was inspired by the people in my life, myself, my own haunted dark thoughts. It’s about releasing this inner pain of sadness that comes with a deep way of thinking that isn’t healthy. It’s a personality trap.”

Cosima Bellamacina is a singer-songwriter and artist from London. Born and raised in North London/Camden Town, Cosima trained at Sylvia Young and Italia Conti in singing, acting and dance. She then went on to The London School of Speech & Drama and The Royal Academy of Dramatic Arts to then later appear in two Harry Potter films.

It’s a MUST LISTEN – The song ‘Way Too Deep’ tells a story about a woman who is possessed by her demons, she is perpetually trapped in her head. The heavy imagery ‘every night, she cries herself to sleep’ immediately builds the tension and drama which continues the sad imagery of this woman ‘praying for somebody, she’ll never meet’.

A poetic nightmare, Cosima Bellamacina – ‘I wanted to show the rawness of what it’s like to be depressed and live in a life of sadness. It’s so real, and this song is devoted to the point that if we stay negative, nothing will ever happen to us. Being way too deep in thought, constantly is a living nightmare and that the woman in the song drags everyone around her down. A woman functioning without any kind of magic in her life, she’s all alone, but ultimately she does it to herself.’

Cosima Bellamacina is also an artist with her own artist book out (of drawings and poetry) titled ‘We Sell Our Beauty Too Cheap’ created to be a part of the ‘Art of Caring’ exhibition in Kings Cross, London on the theme of mental health.

Her debut single ‘Paint My Name Black’ (released 28th December 2020) ‘is a song about a broken relationship I was inspired to write about. I like to be as truthful as I can be in my writing, I think the lyrics speak for them-self in this song, but it’s about finding a peace with that person who you don’t want to think of you badly, who you both know was a bad relationship, but to somehow move on in a positive way’