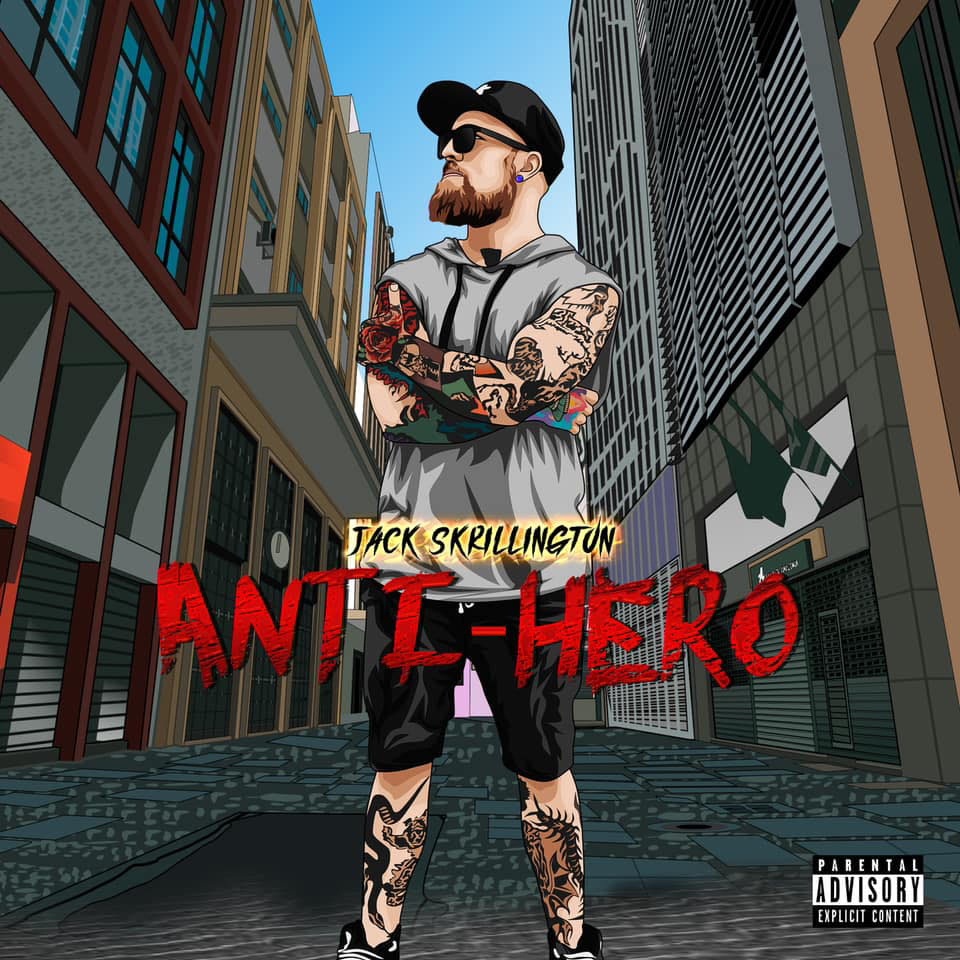 Jack Skrillington announces he is ready to take on the year 2021 with his brand of music and vocal style. The rapper from the Houston area is an up and coming artist with so much to offer.

The hip hop artist has a number of songs available online and can be found on social media pages and streaming sites. One of his top performances is the song titled “ANTI-HERO” which was released in August 2020 and has become a sensation among fans.

Jack’s style of rap is a unique rendition that reminds you of the golden age of rap. His lyrical ability is a masterpiece and the capacity to drag his listeners into his world is epic.

Commenting on his project for this year Jack Skrillington said, “I had big plans for 2020, but Covid shut all those plans down. 2021 however is going to be a HUGE year for me. I can’t wait to show the world who Jack Skrillington is and what he can do. I literally listened to every kind of music growing up. Classical, country, metal, EDM, jazz, you name it, I jam it. I just love music and can’t wait to get out there and collaborate with the rest of the industry.”

Hip hop and rap music have always been a way to pass messages across and speak on behalf of the people. But over the years, the value of the art has been depleted because of rap acts that are only in for the money and not the culture. The year 2021 is about to witness a change to the rap game and the music industry will feel the effect.

With his exceptional ability to deliver masterpiece music, Jack will be taking the New Year by storm. He’s coming with new song releases, collaborations, filled with incredible talent without regard for the status quo. He’s coming in with full force, not just to sing but also to entertain, educate, and inspire.

Jack has a message for the world, especially the youths who make up the largest percentage of his fan base. He wants them to know that despite the challenges of 2020, lockdowns, and the pandemic, there is still hope. The year 2021 is here and it has brought with it great hope, happiness, freedom, and change.