Larry June and Babyface Ray Set for a Music Showdown in First-Ever Dual Touring Clash in Each Other’s Hometowns of Detroit & San Francisco, with Gary Clark Jr. vs. Paul Wall to Heat Up Houston 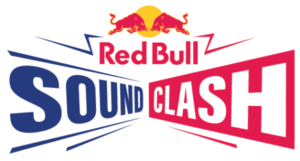 Red Bull announces the highly anticipated 2022 US lineup for Red Bull SoundClash that is returning this Fall to give audiences and musicians alike a once-in-a-lifetime live music experience where two artists push their artistic boundaries to compete across elaborate opposite stages, with the audience deciding the winner of each round with crowd cheers via a decibel reader. Following the thrilling return last year after a 10-year hiatus, Red Bull SoundClash 2022 will hit three culture-defining US cities featuring Larry June vs. Babyface Ray in San Francisco and Detroit, and Gary Clark Jr. vs. Paul Wall in Houston.

The distinctive live set-up, inspired by Jamaican sound clashes, brings together top talent across mainstream and underground music to create regionally relevant shows that honor the artists’ local communities and heritage. Since it was first held in the Netherlands in 2006, there have been 80+ Red Bull SoundClash events worldwide featuring renowned artists like Snoop Dogg, Ludacris, and Erykah Badu.

New for the 2022 series, Red Bull SoundClash will feature a dual-city showdown that celebrates the rich musical bond and distinctive flair of two US cities and rap capitals – Detroit’s resurgent self-made scene and the Bay’s historic nonconformist sound. We’ll see Detroit’s Babyface Ray facing off with the Bay Area’s Larry June first in the Motor City on October 15th, and then again for an encore battle in The Golden City on November 3rd.

This special pair of touring Red Bull SoundClash shows will not only allow each artist to flex their best in front of their hometown crowd with support from a hand-picked artist crew, but will also celebrate the first time these compelling rap talents have worked in unison. Both shows will feature the first live performance of “Extra of Um” – their first-ever collaboration track that was released on Larry’s new album Spaceships on the Blade on August 19.

Larry describes his excitement for the pair of shows, writing: “It’s always love for the D, but You know we gotta do it real big, very organic, for the City. Numbers. Yeehee. Good job Larry! Good job Red Bull!” Babyface Ray is also buzzing about the innovative shows: “I’m just excited to put on for the D and show the world what we all about. History in the making! It’s gonna be something special, for sure. We wanna thank Red Bull for putting us on to this.” 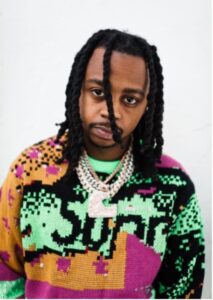 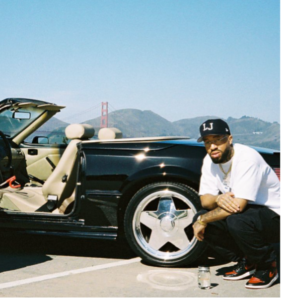 EMPIRE, the renowned independent record label where both Larry June and Babyface Ray are signed, are ecstatic to partner with Red Bull for this unique format. The label’s founder, Ghazi, explains: “EMPIRE is excited to partner with Red Bull for a super dope experience showcasing the raw talents of Larry June and Babyface Ray. They are both deeply rooted in their hometowns of San Francisco and Detroit, which are core to the DNA of their music. We can’t wait to be a part of it all.” 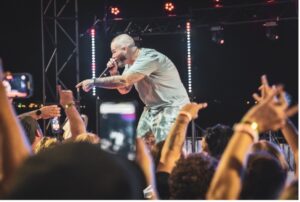 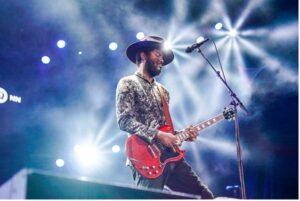 Find full event descriptions and ticket links for the Red Bull SoundClash 2022 US series below:

Red Bull SoundClash celebrates the culture-defining sounds of Detroit and the Bay in this two-part face-off, first happening in Ray’s Motor City hometown. These two talents will also perform their exciting new collaborative single “Extra of Um” onstage for the first time, while exploring the sounds and artists that defined who they are.

The second round of the Detroit to the Bay showdown heads to June’s hometown at the stunning Regency Ballroom where only one can be crowned king of the Red Bull SoundClash. Fans should expect some exciting special guests and more onstage surprises.

Paul Wall brings it home to Houston during this Texas-sized showdown of Southern sound with blues-rock phenom Gary Clark Jr. This November showdown will bring together two different styles for a red-hot showcase of two top voices.

To relive the action from last year’s Red Bull SoundClash events in the US which featured Danny Brown vs. Rico Nasty, SHELLEY FKA DRAM vs. Westside Boogie, Bren Joy vs. Jake Wesley Rogers, and The Suffers vs Tank and the Bangas, head over to redbull.com/soundclash.

Red Bull SoundClash was inspired by the culture of competing sound systems originating in Kingston, Jamaica, during the 1950s and subsequently spreading around the world. The basic idea was for artists, MCs and DJs to challenge each other to create the ultimate party, whipping up the biggest crowd and walking away with the ultimate bragging rights. As clashes evolved over the years, Red Bull SoundClash was born to add wider scope to the traditionally dancehall and reggae-focused musical battle. Set over four rounds, bands and artists musically duke it out with the recipient of the biggest crowd reaction (captured on a decibel meter) to be crowned champion.

For additional information and to watch past SoundClash events, visit redbull.com/soundclash

For questions or media requests for talent, please contact: