Santa’s Helpers – “The Day After Christmas” 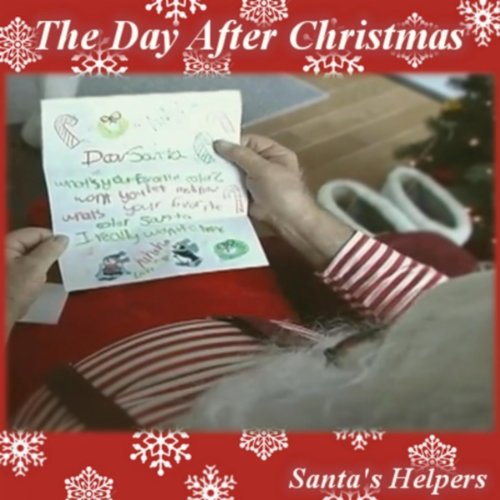 Santa’s Helpers – “The Day After Christmas”

Spreading Christmas joy is one important job for the guy up in the North Pole! That’s all Santa Claus thinks about but “The Day After Christmas” asks one particular question Santa’s Helpers are trying to figure out.

After Santa finished his trip around the world on Christmas Eve, he noticed a letter sticking out of his boot. Little Kati just wanted to know, “Dear Santa, what’s your favorite color?”

Yet, with all the suggestions and descriptions Santa’s Helpers provided, Santa still didn’t know what to say. The world if full of so many colors and wonderful things that this was a difficult decision to make at the time.

“The Day After Christmas,” this kids-like song make this a wonderful track to share during the holidays with children. It’s steady pace and sing along verses can keep any young child entertained while waiting to open the Christmas presents.

If you were wondering, yes, Santa had his answer by the end of the song. Listen below to find out what it is: