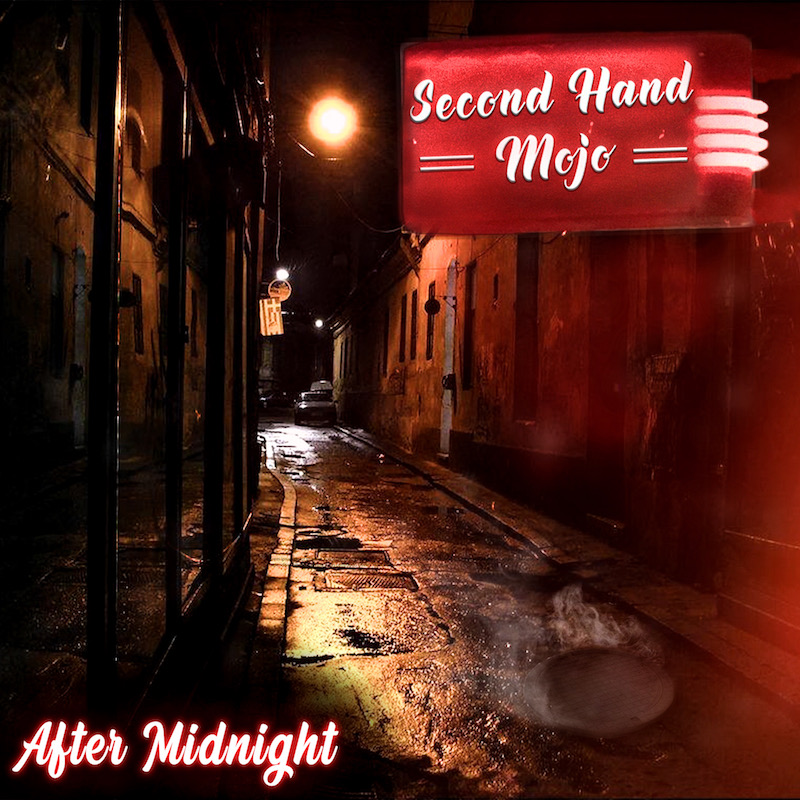 Based out of Canton/Detroit, Rock band Second Hand Mojo release their newest debut album After Midnight.

Living in the Midwest, fans of Second Hand Mojo have been welcomed by packed concert venues full of floor-shaking original tunes that get the entire crowd moving. Titled after the album, “After Midnight” sets the mood for the entire album with a fun, laid-back single about enjoying life.

Introducing you to Second Hand Mojo is “Call Me,” a love inspired track pausing at the right moments in a synergistic movement. The lead vocals meshes with each instrument to bring a relaxing, sweet vibe.

“All About You” is a romantic love letter to one special person who changed his life. He sings: “life seems pretty scary without you” as a direct letter saying that he misses her. The strums of the guitar allow his sorrow to flourish with vocals full of disappointment.

“Hold On” sends out a plea to hold on to a special relationship they had when they first met. Its fast paced rhythm matches the rest of the mood of the album with captivating guitar solos and positive hooks. “One Last Song” slows it down to a variety of sounds and vocals Second Hand Mojo is able to accomplish in just one album. Their voices unite to create gentle, Country-like harmonies that we can’t get tired of hearing.

In an effort to end the album the right way, “Saturday Night” doesn’t disappoint. The Rock and Roll inspired guitar solos and booming drums makes this a song you would want to play at the highest volume on a staying in kind of Saturday night.

Second Hand Mojo includes smooth, catchy Blues-Rock riffs throughout the album that’ll quickly hook you into their world. Don’t just take it from us, listen to After Midnight for your own rocking indoors party.