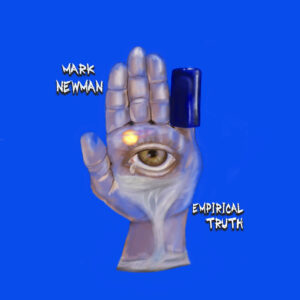 (New York, NY) — It can certainly be said that a labor of love is not much of a labor at all, and with singer/songwriter and guitarist Mark Newman’s latest release “Empirical Truth” (via Danal Music) this is very much the case, as he’s proven once again his power of true musicianship.

Packed with Newman’s usual penchant for dynamic storytelling and political commentary throughout his lyrics, Empirical Truth certainly lives up to its name. With songs ranging in topic from the state of gun control in the U.S. to the Dakota Access Pipeline, an innocent man blamed for murder, love and loss and even a few covers from Little Feat, John Oates, and more – the album is brimming with a dynamic mix of Americana/Blues/Pop and slide-guitar work from start to finish. Newman is joined on the LP by Drummers Shawn Murray and John Michel, Keyboardists Kevin McKendree, James Dower and Mark Bonder, Bassist Craig Privett and Vocalists Naomi Margolin, Janet Montalbo, Maag Stanley, Steve Bluth, Jeff Lubin, Jacob Koch, and Norm Madnick. 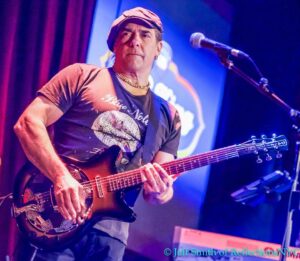 Mark Newman is a well travelled and in demand professional musician who has spent decades playing with an eclectic mix of noted musical talents. His most recent offering, “Empirical Truth” was the 2019 Winner of The Long Island Blues Society Best Album Category and represented the NY area in competition at the International Blues Challenge in Memphis.

A multi stringsman, Mark has mastered electric/acoustic/lap steel guitar as well as the mandolin and dobro. His musical prowess has taken him around the world several times over; working alongside many other soul, blues, and rock greats of our time including John Oates (Hall & Oates), Jim McCarty (The Yardbirds), Willy DeVille (Mink DeVille), Sam The Sham, Bobby Whitlock (Derek and the Dominos) and Sam Moore (Sam & Dave). Additionally, as part of several of these bands, Mark has shared the stage with stars such as Sting, Elvis Costello and Travis Tritt too. As an opening act, Mark has also played dates with Delbert McClinton, Les Dudek, The Doobie Brothers, Don Felder of The Eagles, David Bromberg and many others.

Past releases include 2010’s “Walls of Jericho” filled with intricate guitar work and mixed with a plethora of sounds from hard rock to a lighter more Dylanesque folk tinge, and 2015’s  “Brussels” – a live acoustic-driven EP that packs a bluesy punch reminiscent of Clapton’s “Unplugged” album through both the guitar work and raw vocal power. 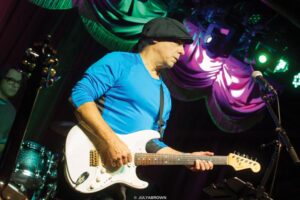 6. One More Song About A Highway

9. Are You Lonely For Me

For More on Mark Newman, VISIT: