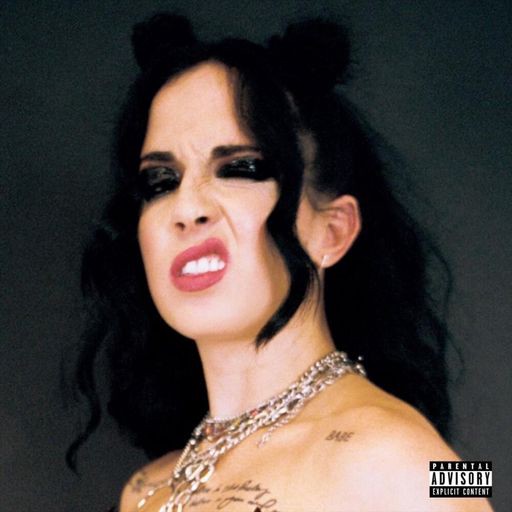 Set to release on September 25th, Music Trails was lucky enough to hear the album ANARCHY exclusively before its official drop! The 10-track album from Sizzy Rocket includes previous heavy-hitting singles “That Bitch,” “Smells Like Sex” and “Rollerskating,” as well as 7 brand new songs.

Sizzy Rocket is a force to be reckoned with in 2020 as she’s released previous powerful new singles that attract listeners in with the addition of her punk-rock roots and lyrical pop prowess. In 2016, the release of her debut album, THRILLS, increased her virality all across the board with her fanbase increasing year after year leading up to the addictive releases of her 2017 mixtape, Hot Summer and 2019 sophomore album, GRRRL.

The insanely confident official release of “That Bitch” hyped listeners up for the full album ANARCHY. She stands her ground on a Rock/Pop vibe as she sings about not taking on anyone’s drama in and being unapologetically herself. “Spill My Guts” slows down the tone for a reflective single on sharing her emotions for someone who dramatically changed her life.

Heartbroken by the actions of another, the creative “Running With Scissors” displays her signature sounds combining a range of soft-tuned and hardcore vocals on the forefront of the catchy melody and fast-paced Rock sound. Everything about the following track, “Crazy Bitch,” is perfect. Her passionate vocals, easy-flowing electronic beats and heartbreaking yet empoering vocals display everything we love about Sizzy Rocket.

“Smells Like Sex” is her second single of the year, following up the release of her gritty alt-rock “THAT BITCH.” Its sensual, rhythmic synths align with her seductive vocals that somehow stay penetrated in our minds after the first listen. Inspired by Marcy Playground’s 90s hit “Sex and Candy,” Sizzy Rocket’s “Smells Like Sex” is another addition to her bold and unapologetic list of unique songs.

The mystical “Cocaine By The Pool” opens up about past habits that she admittedly has let go of and is lookig for pleasure in something else. “Rollerskating” figuratively shows someone skating aroud a topic that needs to be discussed in this pop single. She feels the emotions heavily and admits to her faults in a true Sizzy Rocket style.

“Straight To Mars” is straight up out of this world with a sensual, laid-back track about comin in and out of someone’s life. Old-school track “& It Feels Like Love” brings us into another world as she describes a love unlike any other between two people. This track flows with a uptempo Rock vibe soothing us with amped up guitars and drums in the background.

“Queen of the World” perfectly closes out a powerfully stong album that puts us in our feelings while boositng our confidence right there along with her. Sizzy Rocket clearly goes after what she wants and inspires listeners to go after tehir dreams too.

The day is finally here – Get yourselves lost in the overwhelming emotions coming to you in this impressive new release! Please keep an eye out for ANARCHY, it’s definitely a highlight of the year!