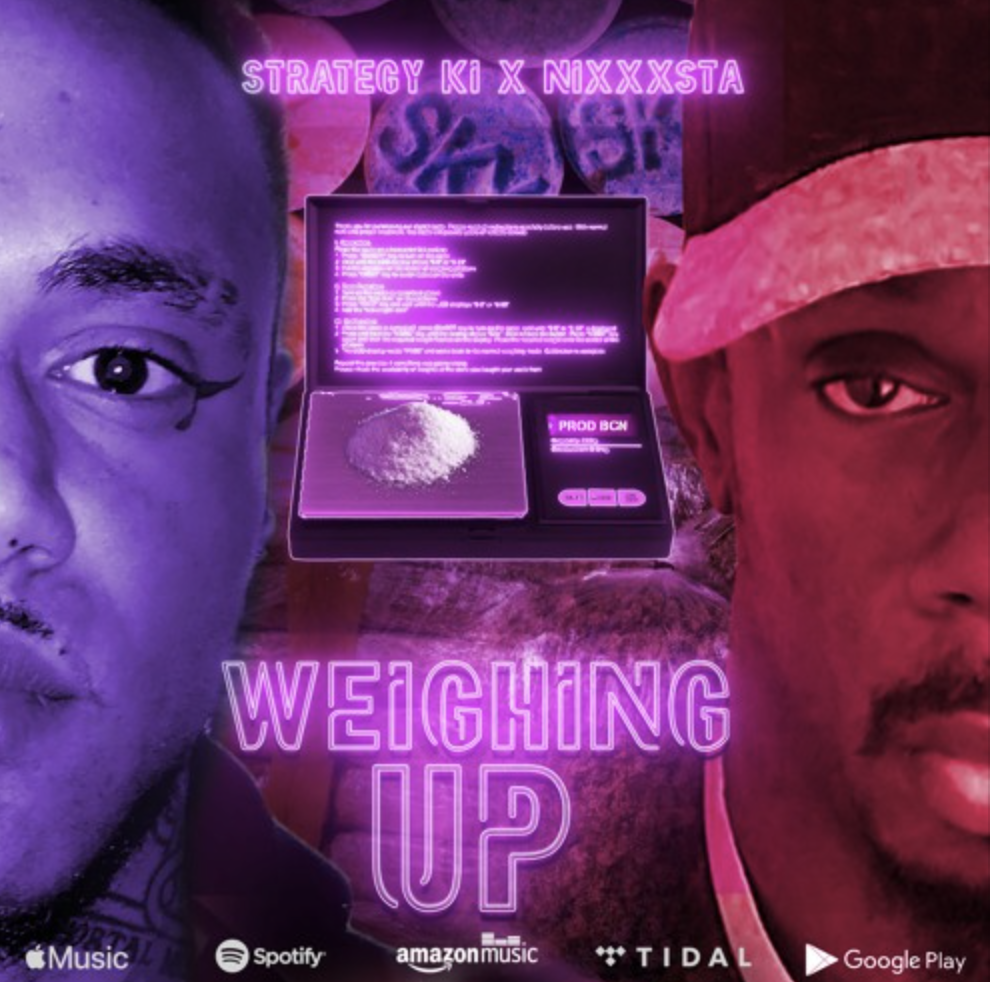 It’s always a pleasure when UK based recording artist and music producer, Strategy Ki, hops on the mic and releases a new track we can vibe with from the very beggining. “Weighing Up” features support from rapper, songwriter, and producer, Nixxxta, who serves nothing but honest, hard- hitting raps.

Strategy Ki is a storyteller. He drives home an irresistible hook as he tears down traditional beliefs and the moments in his life with his straightforward lyricism. The new track runs on a piano-inspired beat that lifts your spirits as you listen to it over and over again. The bassline flows alongside a sweet line of synth beats, making this enjoyable track one that you won’t find from any another artist other than Strategy Ki.

Nixxxta reinforces his ideas of making their dreams become a reality all on their own without having to compromise how their life is currently going. Keep up with them online to discover when they’redropping new music!

Show some support for Strategy Ki, who will continue to dominate the UK Grime music scene as the rest of the year unfolds. Stream “Weighing Up” on all streaming platforms today!