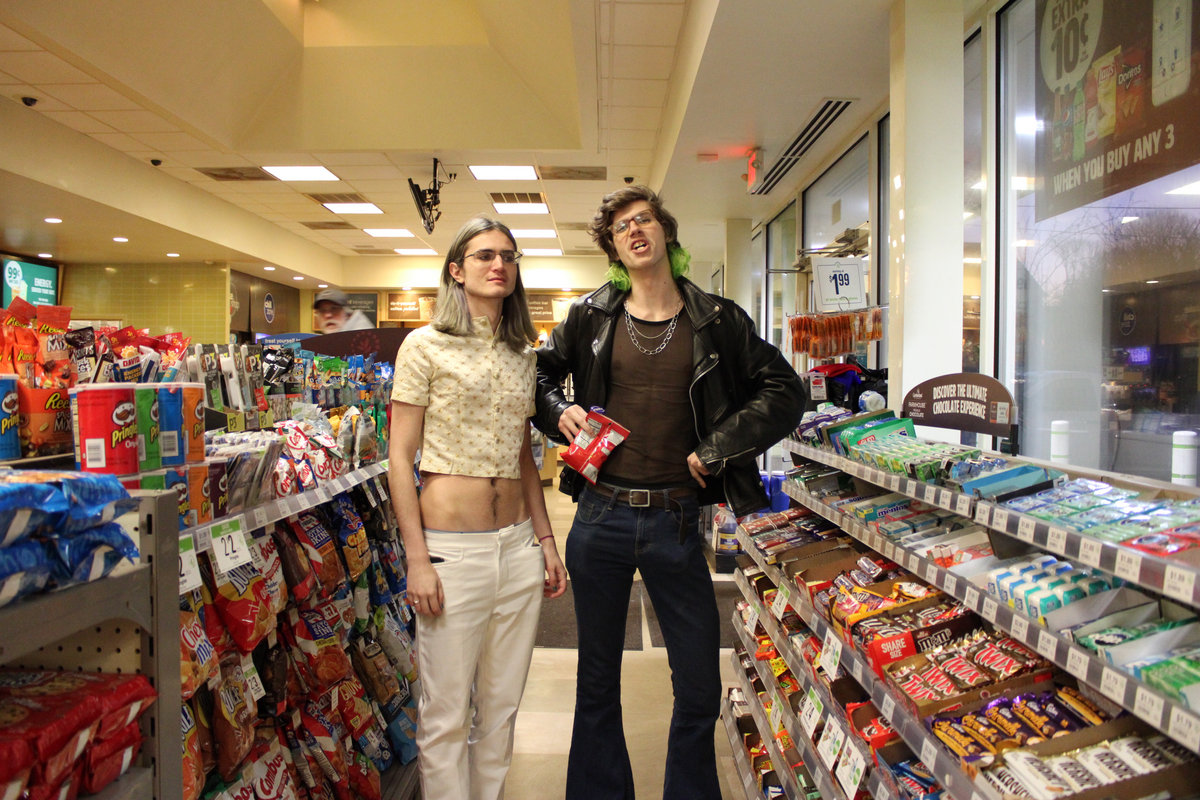 The single single, “Rock and Roll,” from Connecticut DIY lo-fi duo Tate & Silas, is a homage to some of their favorite classic rock artists like Johnny Thunders, Little Richard and Chuck Berry.

The track is the first single off of the duo’s new 13-track album which is also the second song on the LP after the intro.

The duo – featuring Tate Brooks and Silas Lourenco-Lang – recorded the track live in a shed in Branford, giving it an extra dose of DIY authenticity and cred.

Tate commands the guitar parts while Silas bangs it out on bass and a kick drum. The duo’s skills and talents, as well as the feeling they put into their music, comes rocking through on every second of the track. They insist that their “line-up was born out of necessity” although they were riginally a trio.

Not wanting to let down fans, Tate & Silas went on and inadvertently ‘found’ their sound pulling from the knowledge and influences of their classic rock heroes.

Before Covid-19, the duo developed a rep for controversial, energetic, and genuine live shows.

The LP’s core tracks – rhythm guitar, bass, and kick drum – were recorded live in Brook’s shed. They took those recordings to a computer to overdub vocals, bongos, and lead guitars and finalized the new track.