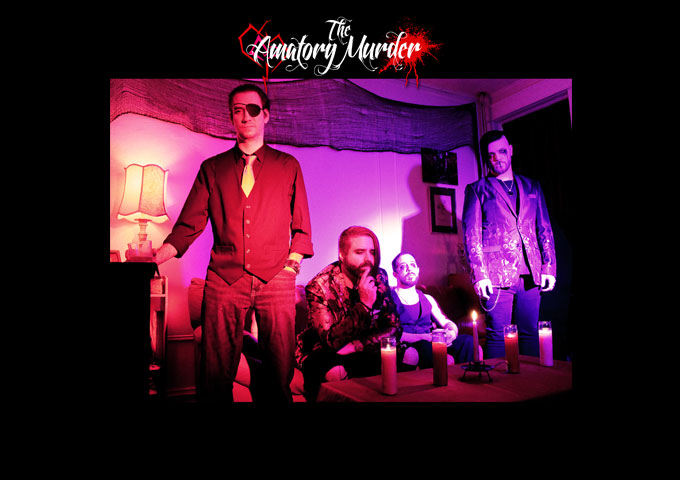 Filmed in New York City, The Amatory Murder is elated to finally share the music video for “Room 208,” an intriguing story describing a perculiar situation happening in a hotel room. It’s one those “you have to see it to believe it” kind of situations that instantly capture your attention.

The video shows a room of happy party-goers eventually become a crime scene in this specific Room 208. Happy memories, sexual fantasies and splattered blood come into play while the band appear in black and white visuals rocking out to the raging guitars, fast paced drums and uptempo vocals.

It’s interesting to watch the creativity that went into the creation of this video as the secrets that happen in that room are disguised by the alcohol running through their bloodstreams and loud music.

This is an exciting month for The Amatory Murder, who will be releasing a new single ‘Singularity Complex’ in less than two weeks! If you enjoyed Room 208 make sure to catch their next releases on all streaming platforms!

There will also be a Halloween outdoor music festival hosted by the band in Pennsylvania and featuring other artists/bands. You can purchase tickets here or livestream the event on Twitch.