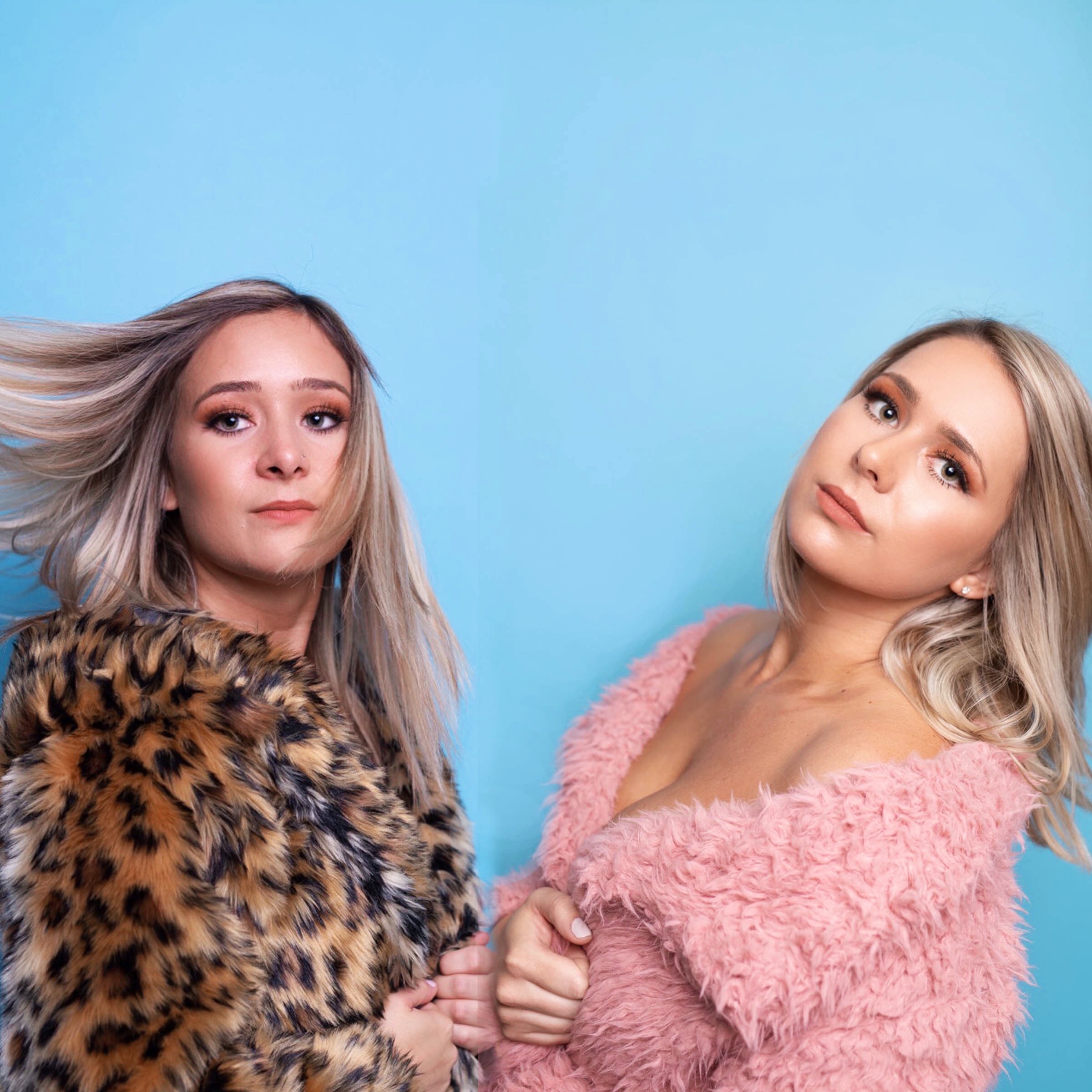 Discovering The Band Kris may quite possibly connect you with some of the most relatable, enjoyable stories created. This sister duo made up of Jamilyn and Dani takes particular moments from their lives and turns them into coherent, admirable productions that will instantly take you back to moments in your life.

Their newest release “Bleach” reminisces on the end of a relationship and as most of us females do after a life-changing experience, they decided to bleach their hair into a different color to portray independence and attract new possibilities into their life. The relatable track includes a sincere level of lyricism worth singing along to, visible messages of caution inspiring listeners to pay attention, and an uptempo beat flowing with lighthearted and fun energy creating their own musical style to the pop genre with their unfiltered-honest lyrics and clean production.

“Dyed my hair just a little bit blonder/ Confidence got a little bit stronger/ Now you wanna talk a little bit longer, mmm… Don’t you love my personality?/ Must have been some magic in that bleach/ Now you don’t wanna stop talking to me, mmm,” they confidently sing about the new experience discovered after making this one simple change.

“Bleach” is just one of the various releases from The Band Kris that may or may not insinuate someone in particular as they share their mistakes and heartbreaks in an attempt of preventing someone else from going down the same unfortunate path. Strongly influenced by award-winning Country singer-songwriter Taylor Swift, it is through their songs that they’re able to creatively connect with anyone in the world who may be feeling the same way as them.

Speaking with Naluda Magazine about the new single, they share: “Bleach” was born after we both experienced a pretty frustrating situation. Imagine a guy who only started a conversation with you because he wanted you to introduce him to your friend. And then spontaneously you dye your hair blonde. And then IRONICALLY, he is all of a sudden trying to make moves on you.”

“This song was our way of wanting to yell at these types of guys who claim they ONLY care about personality when it comes to romantic relationships. Well, clearly not because I absolutely most definitely had the same personality last week before I dyed my hair. When we realized that both of us experienced this, we knew that we had to speak up about it in our favorite way to do so: write a song about it,” they continue.

Based in Nashville, TN, Jamilyn, and Dani upload a new song on Youtube to further connect with their loving audience and share their newest tales with the world. The pop music duo covers a large array of topics, just check out their videos for any type of scenario possible! Although they have a varifying sense of personalities, Jamilyn’s sarcasm balances out Dani’s sensitivity, which is cleverly displayed at the end of most of their Youtube videos as their signature closing statement half-jokingly lets haters know to stay away: “only nice comments, we’re super sensitive!”

When it comes to their name, the duo cherishes the memory of their late brother who passed away before having the opportunity of chasing his own musical dreams. The Band Kris pays tribute through their artist name and by advocating the importance of treating depression before something terrible happens. They support a variety of causes and have performed at American Suicide Prevention Walks to bring awareness to the realities of living with depression.

“Bleach” follows the release of “Everybody Cries at Night,” a revelatory single mentioning how everyone goes through difficult times in their lives. It’s through the power of feeling the emotions and dealing with the situations that we become stronger as each passes us by. Check out the music video down below:

Keep up with The Band Kris online as the year progresses to discover their newest releases. We’re sure there will be some amazing new music coming to us very soon!