The Pierce Project – “Cry Me A River” 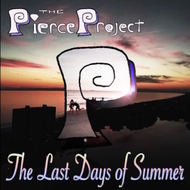 The Pierce Project – “Cry Me A River”

The Pierce Project share “Cry Me A River,” as a single release from their debut album filled with memorable moments for each member to showcase their musical talents.

The twenty-four-track album, Last Days of Summer, was released this past summer after a year of meticulously putting this double album together for their friends and family. They’ve sent it out to numerous college radios and have been added to playlist after playlist with their catchy lyrics and distinct beats.

Indie-rock band, The Pierce Project, is made up of 3 brothers and their dad: Joe, Jimmy, Luke and Nick Pierce. Together they created twenty-four songs detailing their experiences with heartbreak, thoughts about the everyday life and feelings on things that bother them.

“Cry Me A River” speaks in a first person narrative about dealing with someone they don’t really want to deal with. “I don’t need to hear you lie/ about the things you did/ when you and I were kids/ so cry me a river/ I can’t pretend to care,” the lead singer sings.

The final few seconds depict a stronger feeling of being so fed up with that person that talks too much, doesn’t have a clue and doesn’t know what to do. Throughout the song, we know exactly how they’re feeling and in a funny way, everyone has someone they wish they could dedicate this song to. We look forward to listening to Last Days of Summer a lot more.

One thought on “The Pierce Project – “Cry Me A River””