Watch Lizzo On NPR Music Tiny Desk For This One Reason 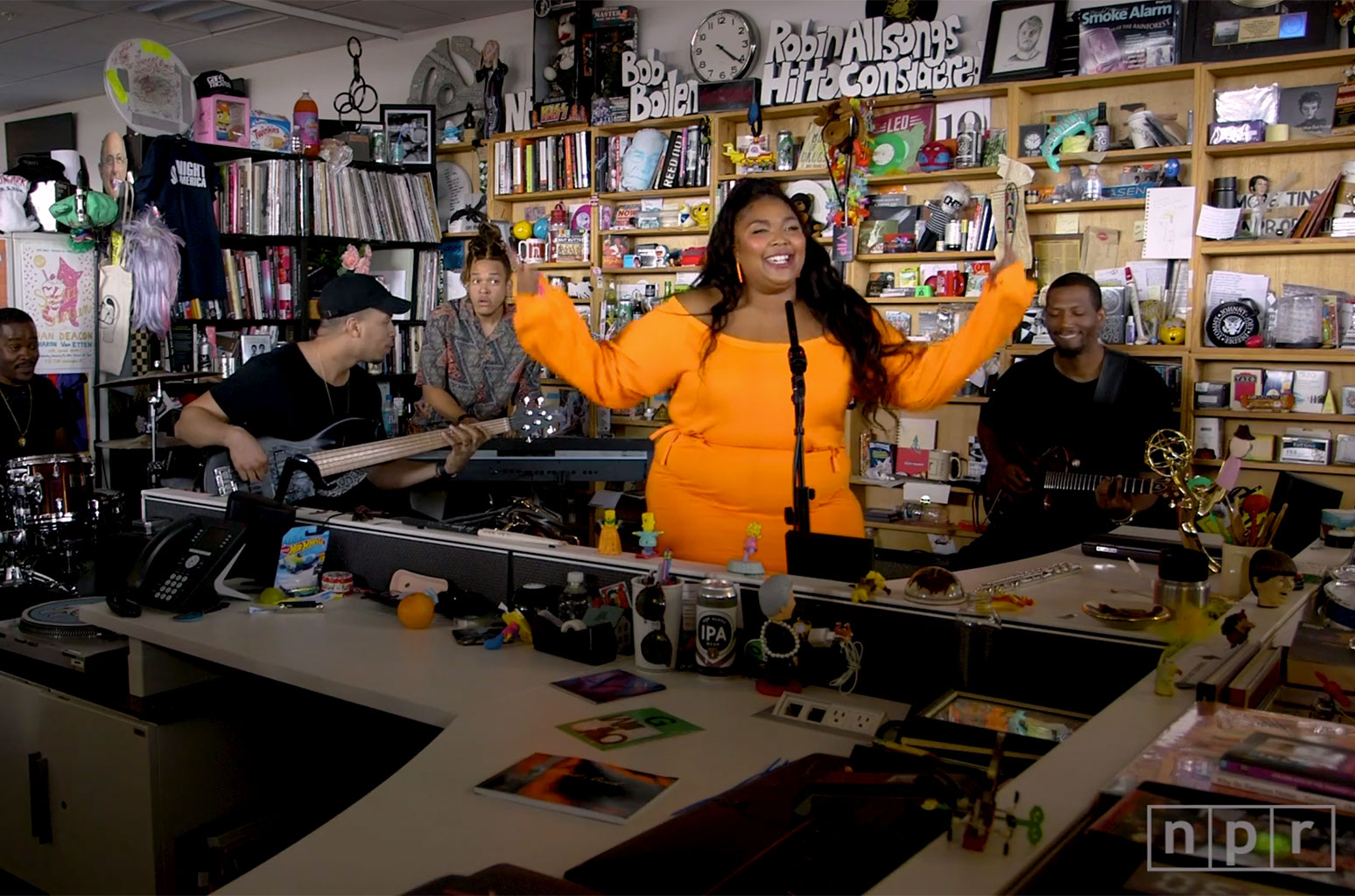 Watch Lizzo On NPR Music Tiny Desk For This One Reason

One month after the release of Lizzo’s performance on NPR’s Music Tiny Desk, I finally decided to sit down and watch it.I saw it the day it was posted on Aug. 5, 2019 but I completely ignored it until this very second.

“Truth Hurts” played all summer long and is still playing all over the radio stations. I loved the song at first but now I’m kind of over it already. Some of the greatest artists played on Tiny Desk so it was bound to happen!

I realized Lizzo has a one of a kind voice that you can’t avoid for some reason. During this 17-minute concert, she performed her biggest songs of the year: “Cuz I Love You,” “Truth Hurts,” and “Juice” to a large, crowded room of fans. They were all excited to see her perform live in person. Check it out yourself:

Today, “Truth Hurts” still remains at the #1 position on Billboard’s Hot 100! Her album has been streamed and shared millions of times because of its catchiness and sincerity.

I forgot, HERE’S the cool reason you should watch her Tiny Desk concert! During the “Juice” performance, Lizzo took out her flute and gave the most coordinated routine before going back on the microphone. If that’s not enough to bring you to the PLAY button, visit the video for some high notes, motivating speeches, and new music to add to your playlist!

Lizzo has music for everyone, regardless of what your musical interests are! If you watch Lizzo’s Tiny Desk performance, let me know your thoughts 🙂