Last time we covered Yungfester, we discussed his exciting 2019 releases “Lady” & “Mako,” which have helped put him on the map as one of the rising artists to keep an eye in 2020. This upcoming year is going to see plenty of Yungfester, who will be releasing new music for all his loyal fans anxiously waiting for his return.

Yungfester has been featured all over the world on Liberian internet radio stations, American radio platforms, and even on Africa’s biggest internet and Music video station, Soundcity TV. If you haven’t heard of him yet, keep reading to find out more about Yungfester!

His expanding discography of music releases include the recent “Lady” & “Mako,” as well as “Blessings,” “LIB Baby” and “Ezi Nwanyi.” He shows off his romantic side while keeping the mood at an all time high that makes listeners want to get up and dance along to the Afrobeats in his songs. 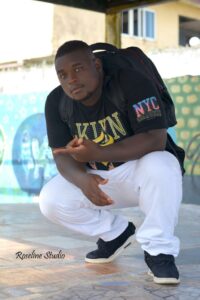 Yungfester keeps the party going with fun, relaxed music that brings nothing but good vibes. Keep up with his upcoming releases by following him on all his social media platforms. You won’t want to miss out on these new songs coming your way!