His old-school sound influenced by popular Hip Hop rappers is apparent. Much of the album shows a resemblance to The Notorious B.I.G. with beats and verses rooted in the popular New York rap scene and gangsta rap traditions that made him so famous with the crowds.

Zion Antoni is the Founder of The Urban Cry LLC, a company based on providing services as a Freelance Journalist and an independent record company. He is dedicated to The Urban Cry’s vision, advocating consciousness, and bringing our  realities to light. 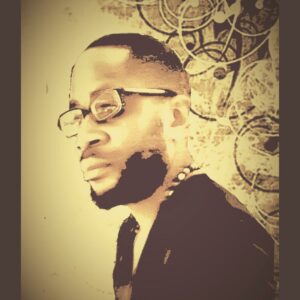 Opener “Black Jesus” channels Biggie’s slow raps as he freestyles against a about following our journey in life and making our dreams come true. “M.I.B.O.A.W.” feels like a sermon spoken on a beautiful Sunday morning with background vocals making its presence known. His advocavy for consciousness and manifestations appear as guidance throughout his inspiring lyrics.

Each single on SION​ (​Concrete) is unique to his life story as he describes a new scenario and theme on each song. There’s always something to look forward to with each new track that comes along. Listen to SION​ (​Concrete) right here on BANDCAMP!